Your Browser Is Incompatible

You are seeing this message because we have detected you are using Internet Explorer 10 (or older) to browse our site. Unfortunately, this means that your browser is too old to display our site properly and that certain areas of the site may display incorrectly or not at all. Please upgrade to the latest version of Google Chrome, Mozilla Firefox, Internet Explorer, Microsoft Edge, or Apple Safari in order to view this site.

Do You Need Central AC Repair? 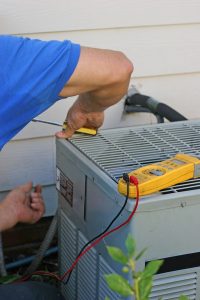 We can all agree on one thing – nobody likes living in a stuffy, uncomfortable house.

Just like every other system in your house, your central AC needs maintenance on a regular basis. Unlike others, though, central AC and HVAC units have a life cycle and past a certain age, they’re going to need to be replaced.

Replacement of a central AC system isn’t cheap, but if it’s not performing up to expectations (rather than not running at all) there’s a good chance it just needs maintenance or repair rather than replacement.

Let’s look at a few signs that you might need central AC repair or maintenance.

Top 3 Signs You Need Central AC Repair in Your Home

The following list are just a few examples of what you may experience. If you encounter any of these taking place in your home or office, you should call for central AC repair.

This one’s kind of obvious – after all, you expect the unit to act as a heat exchanger and replace the warm air in your house with cool, dry air.

When the air that’s coming from the registers isn’t as cold as it should be, even with the system running at full blast, chances are the refrigerant levels have dropped and the system is in need of a recharge.

Worse, it could mean that the compressor has failed or is near failure, or that the system has iced over and frozen up. Regardless, poor cooling means it’s time for a tune-up.

Impaired air flow from the registers can indicate a few problems, some minor and some not-so-minor.

It could be something as simple as a clogged filter that’s in need of replacement, or it could mean a problem with the system’s blower or the unit itself. Don’t rule out an issue with ductwork – the ducts in a central AC system can accumulate debris and mold, which can pose a serious threat to your family’s health.

Having ductwork cleaned can restore AC performance and eliminate any issues with mold and odor.

Something has to control that AC system, and your thermostat is a key part of proper central AC performance. A sure sign that the thermostat is failing is any situation where one part of the house is overly cold, when other parts of the house are remaining at the same temperature.

Other signs of potential AC problems include:

Preventative Central AC Maintenance is Best for Your Home and Finances

One thing is certain – like with an automotive problem or any other issue, it’s best to perform preventive maintenance and address the issue when it’s minor rather than waiting until it’s catastrophic.

Figure yearly AC maintenance into your household budget and be sure to only trust qualified, highly trained AC techs to do any of the work.

Even if you’re a handyman around the house on other stuff, this isn’t something you want to take on yourself.